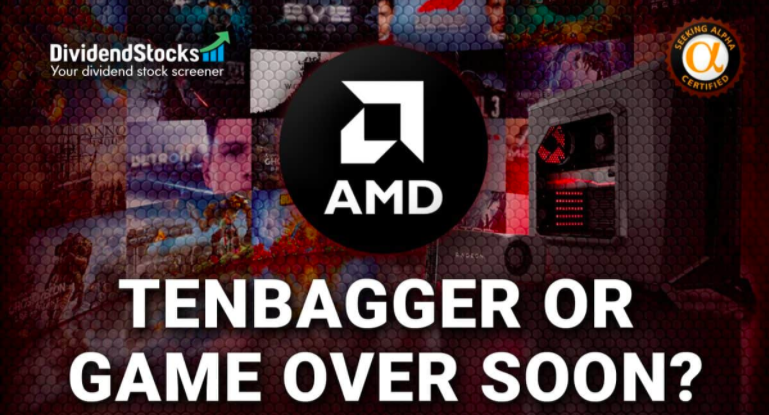 New week, new fundamental stock analysis in which I will look at the AMD stock and check whether it is a buy or a sell based on a fundamental valuation model.

The AMD stock (Advanced Micro Devices) has gone through moving times with extreme price fluctuations. If you put AMD shares in your portfolio in 2000, you had to live with book losses of up to 80 percent for many years.

AMD is not yet paying a dividend. So, if you, as a shareholder, want to participate in the company’s success, you are dependent on rising share prices. In this fundamental stock analysis, we will tell you whether AMD’s share price continues to grow or whether it has already overheated.

AMD is one of the world’s leading companies in graphics chips (GPU=Graphics Processing Unit) and processors (Central Processing Unit). AMD bundles its business in the two segments “Computing and Graphics” and “Enterprise, Embedded, and Semi-Custom”.

The „Computing and Graphics“ segment

In the “Computing and Graphics” segment, AMD offers processors for the desktop and notebook market. Unlike Nvidia, which mainly develops GPU solutions, AMD covers a broader range. The company sells not only graphics chips, but also CPUs and other products that combine GPU elements and CPU solutions. These include Accelerated Processing Units (=APUs) and System-on-a-Chip solutions (=SoCs). APU solutions contain both the GPU and the CPU on one chip, while SoCs contain additional elements such as memory control and therefore function almost like stand-alone computers. The best-known products in the CPU field are the AMD Ryzen processors and in the GPU sector AMD’s “Radeon” family.

The „Enterprise, Embedded and Semi-Custom“ segment

The second segment mainly comprises AMD’s EPYC processors for the server market and AMD’s products for game consoles. Here, AMD supplies the graphics chips for Sony’s new PlayStation 5 and Microsoft’s new Xbox. According to the company, Sony is currently AMD’s largest customer and was responsible for more than 10% of consolidated sales in the last financial year.

AMD has established a leading position in the CPU and GPU segments. AMD is not only a cheaper competitor in many product categories but also offers more powerful products. As a result, AMD has gained market share in competition with its main rivals Intel and Nvidia.

One example of AMD’s excellent positioning is the rapidly growing market for server and data center processors. As we have already shown in our Nvidia analysis, the technical architecture of GPUs seems to be superior to the architecture of pure CPUs. In high-performance computing (HPC), it can be assumed that GPU solutions are the better solution. In addition to the CPU processors from the EPYC product family, AMD offers its GPU solutions for data center with its AMD Radeon Instinct products. Meanwhile, for example, Google’s cloud-based gaming service Stadia runs with AMD Radeon GPUs. Microsoft and the US Department of Energy (Project Frontier) are also on AMD’s customer list.

AMD profits strongly from its strong position in the CPU and GPU market. Unlike Intel or Nvidia, AMD does not have to rely on one product family but can combine the best of both worlds. This position was also decisive in the award of the US Department of Energy contract, which covers the construction of a supercomputer (Frontier) with AMD chips. CEO Lisa Su wants to profit from this unique positioning in the future in the likewise strongly growing areas of artificial intelligence and machine learning. AMD has the advantage over Intel of being able to mainly outsource chip production to other companies (fabless manufacturing), which reduces dependence on its production facilities and their technical equipment. The company cooperates mainly with Samsung and Taiwan Semiconductor, the only producers worldwide that currently master the latest 7nm (nm=nanometer) production standard.

Similar to AMD’s stock price development, the operating business fluctuated or moved sideways for many years. It’s impressive what Lisa Su, who was previously vice president of IBM’s semiconductor research and development center, has achieved since she was appointed CEO in 2014. At first, revenue stagnated and even declined in 2015. But then AMD suddenly ignited a growth turbo, ending 2019 with $6.7 billion in revenue. The excellent positioning in future markets and the launch of the new console generations should continue to ensure rising revenues. Correspondingly, Lisa Su expects revenues to grow by an average of 20 percent per year in the medium term. AMD could, therefore, break through the magic revenue threshold of $10 billion as early as 2021, which would mean that sales have almost doubled within four years since 2017.

Besides, AMD has also developed into a growth machine in terms of profit. As you can see, AMD was stuck in the red for a long time and could only make occasional profits. That has changed drastically. While AMD still posted a loss per share of – $0.52 in 2014, it made a profit of $0.30 in 2019.

One reason for the profit growth is the sharp rise in margins. Accordingly, AMD is growing profitably. The gross margin has almost doubled since 2016 from 23% to 43.7%. The gross margin is an important parameter. It shows you how much profit a company retains from its sales, which the company can then invest in further growth or dividends and share buybacks. AMD expects margins to continue to increase in the future. As early as next year, operating margin and net margin are expected to be above 20 percent. In the medium term, Lisa Su even wants to increase the operating margin to 25 percent.

But if you are looking for a grain of salt, you will find it. There is indeed a sour aftertaste for existing shareholders, as new shares massively dilute current and future profits. The number of outstanding shares has more than quintupled since 1993. The number of shares has also increased in recent years. The growth in earnings of $0.15 per share was most recently offset by a relatively strong dilution effect of $0.04 per share.

AMD was recently one of the hyped stocks, just like Tesla or Nvidia. The good operating performance, excellent management, and activities in mega markets have attracted numerous investors and made the share price explode. However, the operating performance has not been able to keep up with the share price recently. According to the fair value calculation of DividendStocks.Cash, which even considers adjusted earnings, the share price has moved further and further away from fair value since 2018. The future P/E ratio of over 50, together with a price/free cash flow ratio of over 145, signals a substantial overvaluation. Value investors regard such figures as a warning signal, even for a growth stock like AMD.

On the other hand, AMD is on an excellent financial ground with cash and cash equivalents of almost $1.4 billion. The debt ratio of 47% is manageable, though not as impressive as Nvidia’s 30%. But the trend is going in the right direction. AMD is now far away from a debt ratio above 100%, as in 2015.

This solid foundation and excellent growth prospects naturally justify a premium price, as AMD is thus in an ideal position for maintaining its current lead and profit sustainably from the enormously lucrative megamarkets supercomputer, artificial intelligence, and data centers.

That being said, the same applies here as for Nvidia and other tech companies. No market share lasts forever. Intel’s CPU business is symbolic of this. For a long time, AMD was the hunter and was always at a disadvantage. But now, AMD has built up a technical lead. While AMD, through its producers Samsung and Taiwan Semiconductor, has already arrived in the 7nm manufacturing process of its chips, Intel still produces with 10nm, and it does not expect to be able to make up this gap until 2021.

AMD has also been in serious trouble before and slipped deep into the red in the mid-2000s. Weakened by the expensive takeover of the then Canadian graphics chip producer ATI, AMD lost a nasty price war after the introduction of Intel’s Core 2 Duo processors, from which the company did not recover for years. Poor management that makes the wrong decisions usually leads to worse distortions in the highly competitive technology sector than in other more conservative industries. But this doesn’t just affect AMD, it affects the entire industry and is a risk you have to bear with all investments in this industry. Personally, however, I think the current valuation is too high given such a risk.

AMD Stock Buy Or Sell? – Perfection is priced in

The AMD share price has recently soared. It remains to be seen whether the deep fall will follow. Operationally the company is running very well. In addition, it looks as if it will stay that way for quite some time. However, the fundamental analysis has indicated that AMD is currently extremely overvalued. It seems that the market has already priced in further perfection. However, if AMD disappoints operationally, Nvidia gains an advantage with its GPUs or Intel succeeds in a quick counter-attack in the CPU area, all signs should point to strong correction.

You have to consider that AMD, unlike Nvidia and Intel, does not pay a dividend, which means that you are at the mercy of the share price development. However, if AMD continues to convince with the outstanding Lisa Su as CEO, the enthusiasm of Mr. Market could continue and send the AMD share on further high flights. Therefore, the AMD share is an exciting addition to your portfolio, with which you can profit from the growth of extremely lucrative future markets. But the price for this is steep, and nothing should go wrong. 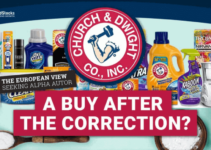 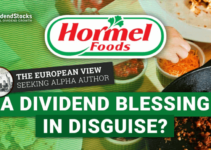 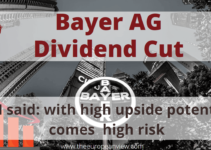