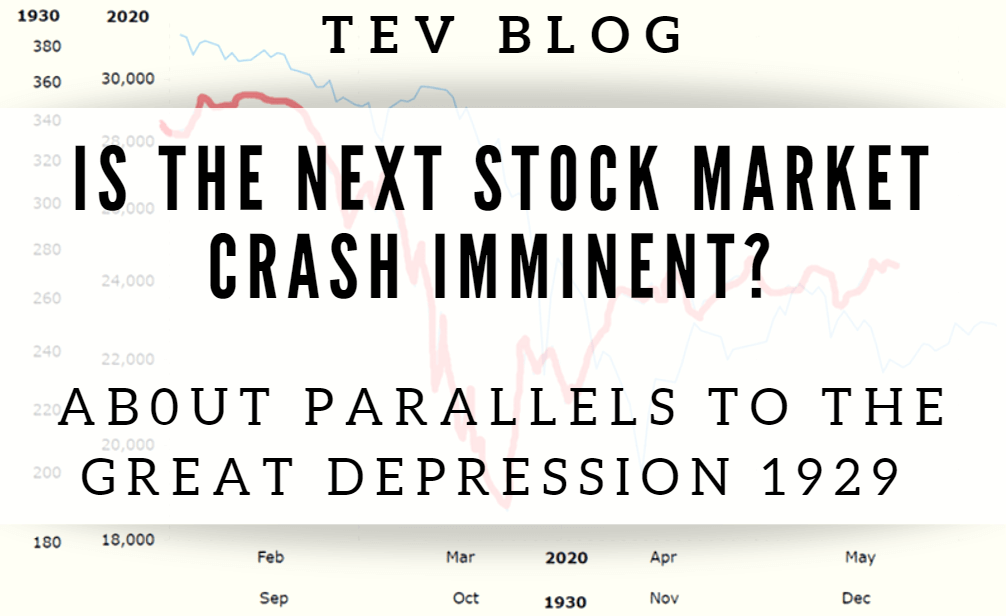 In this article, I would like to draw your attention to some current parallels to one of the worst stock market crashes in the past that indicate that the next crash is right ahead. I will also show you how I react to this development and how I use the current market situation to buy more quality stocks.

“History does not repeat itself, but it rhymes”

In the stock market, there are some pearls of wisdom that are sometimes more and sometimes less substantial. One wisdom is that history never repeats itself, but can be quite similar. It’s like horoscopes. You can’t read anything into it. But I did come across an interesting parallel to the Great Depression from 1929 to 1932. This development can be divided into three phases.

Phase 1: It all began with the Stock Market Crash in September 1929

The Great Depression began with an initial crash on the stock markets in September 1929. This crash lasted until November and resulted in losses of up to almost 50 percent.

After this crash, a recovery set in, with the stock markets catching up by 50 percent overall. This recovery lasted about five months.

Well, and what happens after that, I think most investors have forgotten. After all, the crash in 1929 was only the foretaste of one of the worst stock market losses of all time.

The legendary investor Irving Kahn, who had made money from the crisis in 1929, said this in retrospect about that time:

“I wasn’t smart, but even a dumb young kid could see these guys were gambling. They were all borrowing money and having a good time and being right for a few months and, after that, you know what happened.”

Now let’s look at the parallels with the year 2020: it all began with the coronavirus and COVID-19 disease, which spread the virus around the world, causing states to close their economies. Companies that had previously operated at full steam stopped investing and producing aircraft stopped flying, and tourism and culture collapsed utterly. Of course, this did not pass without leaving its mark on the stock markets.

However, after the stock markets crashed badly in February and, in some cases, lost more than 30 percent (Dow Jones), stock markets around the world have risen again in recent weeks.

If we now compare these developments with the Great Depression, the following picture emerges. You see the stock market development of the first months after the September crash in blue and the current development after the COVID-19 crash in red.

The similarity of the wave movement is already quite clear here, even if it is, of course, not 100 percent identical.

There are also other similarities since, in both scenarios, the initial crash was the prelude to high unemployment and a significant economic crisis. In April, the US already had an unemployment rate similar to that at the time of the Great Depression. In April, the rate was slightly below 15 percent.

This means that the rate is already like in the Great Depression, where unemployment rose to 25 percent.

How do I react as a private investor?

As a long-term investor, I naturally do not change my investment strategy. No one can look into the future. Perhaps phase 3 of the Great Depression will never happen now, and we are at the beginning of a new bull market. No one knows. I have fixed principles as to when I sell shares, and when I do not. So far, these triggers have not yet occurred, so I continue to sleep calmly.

Nevertheless, I think it is essential to keep in mind that the stock markets can crash badly at times. Therefore, you should know and assess your risk tolerance correctly. In the long term, the stock markets will rise again. That has always been the case, and it will likely be the case again.

So I keep buying shares every month. I concentrate on reliable dividend payers with a defensive business model.

So far, I have invested in these companies (among others): 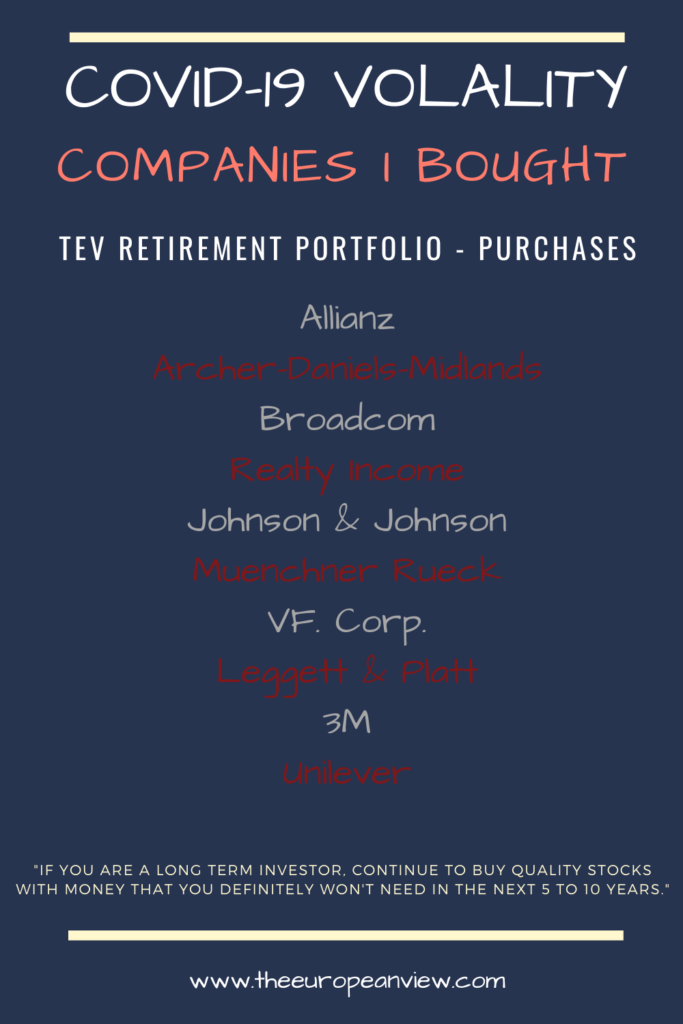 I used the following sources for this article:

Funny observation and good comment! I agree with you. Just keep buying…

Thanks for coming by Vic. We will see what stock markets will bring us. From a long-term perspective I am optimistic.

Last edited 2 years ago by The European View
Reply