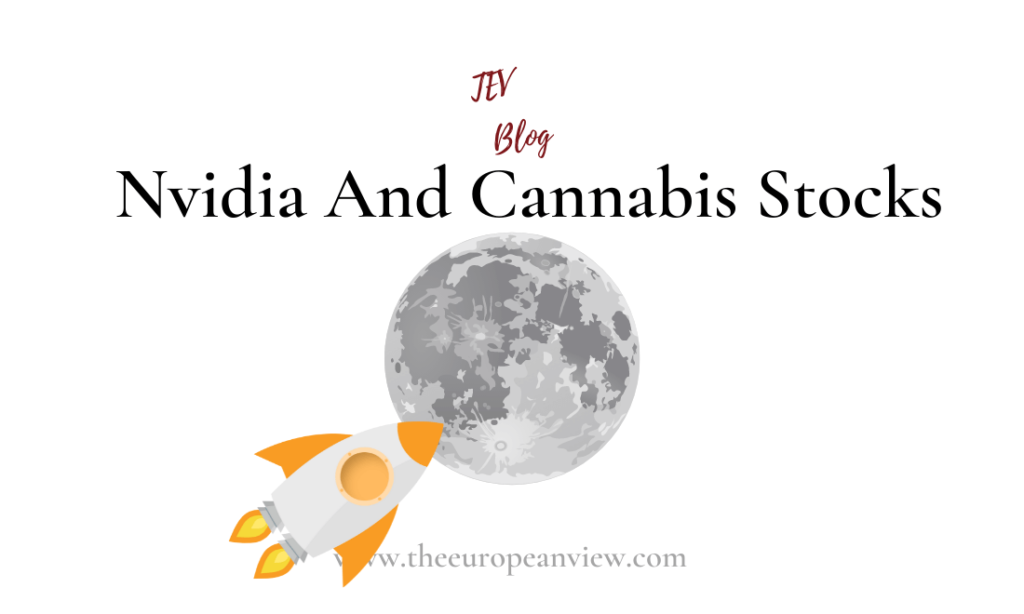 The new German government will probably legalize the sale of marijuana. Thus, the controlled and regulated sale of cannabis to adults for consumption purposes in licensed shops could be legal in the next legislative period. The issue is controversial but in the spirit of individual freedom. And anyway, I wonder if Germans will ever be as high as Nvidia’s P/E ratio.

It was rather to be expected that the legalization of cannabis would accompany the probable new government coalition. After all, all three parties are known for their liberal stance on drugs.

Regardless of how I feel about cannabis, as a liberal person, I like the decision. Prohibitions by the state should be subject to a reasonable justification basis. And the issue of cannabis prohibition has recently been more emotional than rational.

Besides, some arguments in favor of prohibition have proven to be baseless.

In my view, the share is currently far too expensive. In one article, I called the share a meme stock, a reference not only to the share price performance but also to the hype among retail investors.

Critical comments under my article

Some of the comments were crushing but rarely got to the heart of what I was saying. Nvidia is an excellent company with a visionary CEO. Jensen Huang is doing a perfect job, and the company’s prospects are outstanding.

However, many investors forget that valuing the business model and the price investors have to pay for it are different. A freshly baked loaf of bread may taste good and have excellent quality, but the cost I am willing to pay for it would still have a limit.

I am not short on Nvidia. I don’t rule out the possibility that Nvidia will increase tenfold again. The point is not to predict the share price but to assess the risk of an investment.

It is simply nonsense to pay a 200 or 300 percent higher purchase price for a business that has grown by 40 percent.

If investors justify the higher purchase price by saying that the share price is pricing in further growth of 40 percent, then I don’t dispute that.

But then buying that stock is a bet that the company really will grow that much. It’s like buying a bugged iPhone at the regular price because I assume Apple will fix the bug with the next update. Maybe, but then I would only have a common iPhone at the average price. Until then, I bear the sole risk and gain little.

It’s the same when retail investors invest in hype stocks like Nvidia. A bet.

The risk is increasing

Allianz CEO Oliver Bäte is also worried. He says that valuations in the technology and car industries can rightly be described as “irrational exaggeration”. He also mentions “accidents” such as the bankruptcy of Greensill and hedge fund Archegos.

“All the warning lights in risk management are glowing red,” Bäte said. The financial system is not getting safer. It is getting more dangerous again,” he warns.

I appreciate Oliver Bäte as a rational person. Besides, his business is risk management. But I cannot predict whether we are on the brink of a crash and such a crash is imminent or not (Oliver Bäte doesn’t do that either). But what is a fact is that the risk increases when share prices are disproportionately high.

Will I buy marijuana stocks?

I will probably not buy any marijuana stocks. I don’t know much about the regulatory environment, and hardly any of the companies are profitable at the moment.

Profitability is one of the decisive criteria for me when buying stocks. Profitable companies create a steady cash flow. If the profit or cash flow is in fair proportion to the share price, then I buy the company.

The coronavirus is spreading again in several European countries. Many governments are now imposing restrictions again. Bars and restaurants have to close. In some cases, as in Austria and Germany, new lockdowns are looming.

And once again, we see how the many predictions and proclamations of victory about the virus have become invalid. People simply forget that the pandemic is complex, full of things we don’t know or aren’t aware of.

Whenever people are confronted with such things, it is advisable not to make predictions as far as possible. You are, in fact operating in quadrants 2 to 4 of the quadrants of knowledge.

It is a simple heuristic, and yet politicians ignore it all the time. They are lucky that voters’ memory is often relatively poor or similarly flawed.