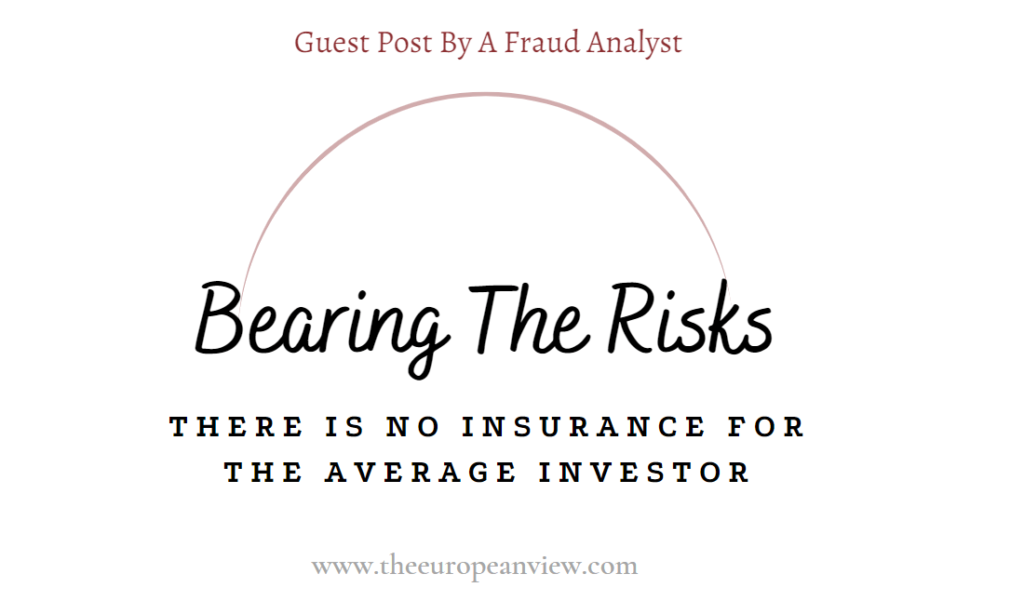 In the event of an accident, insurances often cover the damage of the driver and the passenger. In addition, many countries have high safety standards for cars. These mechanisms are designed to protect drivers from their own arrogance and emotions. For investments, however, these mechanisms are less pronounced. There is no insurance for the average investor. Yet it is precisely the supposedly most experienced investor who is most at risk.

Contents show
1 We aren’t the best, but we all are better than the rest
2 Car insurers cover the damage even for those who are not at the wheel
3 The Swedes and their high standards
4 There is no insurance for the average investor
5 How can an investor without insurance protect himself?
5.1 There is no shame in being average
5.2 Be aware of the little stones
5.3 Never let emotions take the wheel
6 The “mum effect”
7 About the author:

We have probably undoubtedly made clear in our last two articles (here and here) that we all consider ourselves to be above average. And there is very little we can do to change that. Whether it’s with regard to our investment decisions or whether we’re sitting behind a steering wheel.

Just remember, “I would never do in cryptos, only in serious investments” – do you see your own bettership? In this statement, there’s no consideration, just judgment. It can be either called “arrogance” on a personal level or “stereotype” more general.

Most of us don’t believe we’re the best, of course – that would be weird, wouldn’t it? But almost all of us believe that we are better than the rest. Apparently, that’s okay.

We aren’t the best, but we all are better than the rest

Because when things go smoothly, well in average is already pretty good. We often sit behind the steering wheel and drive thousands of kilometers or miles a year without much happening.

Saying we are the best driver would sound self-righteous and careless. Furthermore, we would look stupid when something really bad happens.

Regarding motoring, accident statistics speak as much truth as the Bavarian entrepreneur because damage usually affects not only ourselves but also our fellow human beings.

Car insurers have responded to this by automatically insuring every passenger as well as the damage we cause to other road users.

Nations have also taken precautions against this by making (regular) driver safety training compulsory in many countries. Furthermore, they ensure that cars, in general, meet high safety standards.

The Swedes and their high standards

There were and are, of course, intercultural differences. The Swedes, for example, who were much maligned in the last article, built Saab.

The cracks from British motoring magazine “Top Gear” did a special show on the occasion of Saab’s bankruptcy in 2011, in which they suspended a Saab 900 and a BMW 3-series from a crane and dropped them onto the roof from a height of three meters: the BMW was flat as a pancake afterward, while the Saab suffered hardly any damage.

The Saab 9000 was built in the 1990s in cooperation with Lancia’s Thema, and while the Italians spoke of the safest car in their company’s history, Saab said, Swedish-directly, that their car was not good at all – and ended the successful partnership.

There is no insurance for the average investor

In the case of private investments, there are no or hardly any such safeguards. There is no special training, no investor’s license, and no insurance for the investor.

We know from the investment world that those who have been lucky several times before or have certain investment experience are the easiest to get ripped off. A Bavarian entrepreneur recently lost almost three million this way.

So those who invest their money on their own bear the risk alone, which, if things go bad, brings many people to the brink of overload and turns a bad situation into a financial disaster, which can break many people mentally.

“Safety campaigns with general […] safety propaganda seem to have short-lived effects if any which is quite understandable if we believe ourselves safer than most others. Why should we pay much attention to information directed towards [people] in general if we are safer and more skillful than they are?” (Source: Ole Svenson, 1981)

What can be done about it?

How can an investor without insurance protect himself?

There is no insurance for the investor. If an investor acts negligently or becomes a fraud victim, he drags himself and his environment into the abyss.  The question is therefore how an investor can protect himself and his investments from his own mistakes.

There is no shame in being average

First of all, you should start by not thinking others are dumber than yourself. There is no shame in being average. Average is good because if everyone just behaves averagely well, life goes smoothly enough.The fact that many perceive this in turn as boredom leads them to behave in a more below-average, i.e. riskier, manner.

Be aware of the little stones

Secondly, you should understand that investing is not hurdling, but running a marathon. The longer you run, the more you get tired. And it’s not a big hurdle that brings you down, but a small stone that makes you stumble.

Thirdly, and most crucially, it’s important to understand that safe investing, like safe driving, is about not being emotionally “behind the wheel”: expecting objectivity when you are bearing the risk of loss is, of course, unnatural.

However, you should at least refrain from getting financially involved while you are currently bearing private worries and losses. The child is ill, the partnership is wobbly, the father has died – these are all situations in which you are more likely to be emotionally unstable so that even minor problems will get you off track.

Federal Trade Commission’s expert Keith B. Anderson wrote back in 2016 that the worst individual risk of fraud is precisely in these situations: when you’re emotionally imbalanced (sad, full of grief, upset, excited), that’s the situations when fraudsters strike most often and most harmful because that’s when you’re most susceptible to big promises and sweet words.

Because of the “mum effect”: others avoid addressing their peers about personal losses, grief, and serious problems. This isolates such a person socially from both sides. The fraudster has an easy game then and becomes the mourner’s only reference person very quickly.

Unlike loved ones and those affected, fraudsters are never short of words. They will say anything that will get them closer to their victims’ money. They’re not interested in giving aid or solace, but do what has to be done to get the money.

This is the only reason why so many people get cheated and geared with all this knowledge. It’s now up to you to do better in the future.

Be better by not believing it to be.

The Asian View is a European fraud fighter based in Eastern Asia with a focus on consumer fraud and fundamental investment scams.