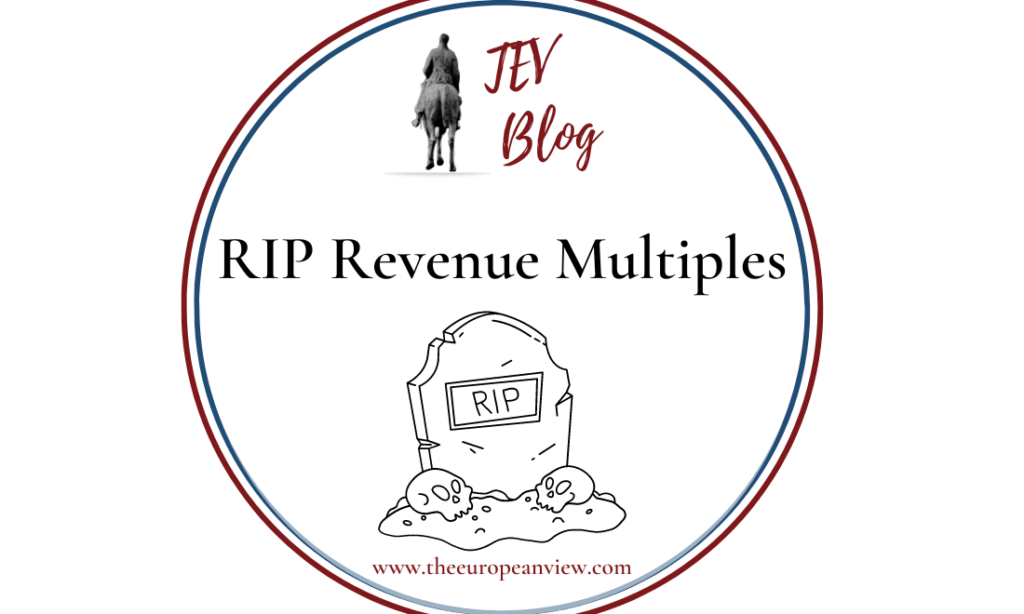 We can now say with a sufficient degree of certainty that the famous and often used revenue multiples (Price / Sales ratio) are dead. May they rest in peace. Will I miss them? Probably not. Instead, I welcome the comeback of what I call rationality.

In recent years, many tech companies have grown enormously. However, they have often not crossed the threshold to profitability or positive cash flows, or have done so only marginally. Investors were nevertheless willing to pay $100/€100 for a loss of $1/€1 per share. That’s what they called investing!

In this context, investors who claimed to be rational were looking for a method because having a method always sounds rational and superior. Self-deluded as these investors were, they simply took the revenue and looked at how sales per share related to the share price. Suddenly we had to read statements like, “The company has a P/S ratio of 10. Last year, the P/S ratio was 20. So the share has an upside potential of 100 percent!”.

But why is this bullshit investing? Well, the P/S ratio says nothing about the value of a company. I show you how I can generate $10/€10 revenue in the first year and $100/€100 revenue in the second year with an initial capital of $1000/€1000. After that, the money may be gone due to the high cost of my business and its shitty nature but look at that growth rate, mate! Based on a P/S ratio of 10, my company would be worth $1000/€1000 considering my last year’s revenue of $100/€100. But would you give me that capital to buy the shares of my company? Probably not…

Yes, I know, unprofitable companies can become profitable, and if marginal costs remain the same, profits can quickly explode. But that has nothing to do with investing. It’s a form of speculation. It’s neither good nor bad and legitimate, but we should call a spade a spade. And anyone who calls this investing is talking bullshit.

Companies that are not profitable need money to maintain their operations. In times of negative interest rates, it is relatively easy to collect liquidity. But when interest rates rise, borrowed capital becomes expensive. Investors are also no longer willing to throw money into a bottomless pit.

In such an environment, growth becomes less relevant, so fewer investors look at the P/S ratio. Revenue multiples are therefore probably dead for the time being and will no longer play a role as long as interest rates continue to rise.

We are seeing the consequences of this switching mood on the stock markets. Unprofitable and bloated tech stocks are losing more than 80 percent of their market value. Meanwhile, broader market-wide indices like the S&P 500 are also losing value but only 20 percent.

Stock market losses are totally normal and provide great opportunities to build up wealth but for those investors who invested in hype stocks at the peak of the rally in late 2021, things look grim. It may take years or even decades for these stocks – if the companies survive – to reach those old share price highs. Look at Cisco or Intel. Those stocks are still trading more than 40 percent below their all-time highs from the dot.com bubble. Even at the height of the tech boom last year, they failed to reach the old dot.com highs.

Yet Cisco and Intel are among the companies that survived the dot.com bubble. Many companies hyped in the late 90s didn’t make it and perished along with the capital of greedy and naive speculators. And so it will be with the current hype stocks. Some will make it. Many will perish and only very few will see their all-time highs from 2020 or 2021 again in the next 5 to 10 years.

The boring profit and cash flow multiples will now come to the fore again. Thank goodness! I think the developments are good and healthy for capital markets. They bring the essential aspects of investing back to the spotlight: Investors want to participate in successful and profitable companies and become their owners. Furthermore, they want to participate in the profits through dividends. They do not speculate on becoming rich quickly as they know that there are no shortcuts.

Gone are the days when every greenhorn speculated on the next hot stock and ten-bagger. All of a sudden, I hear the “Fear Narrative” more and more again. That’s how quickly the stock market switches camps from greed to fear. Investors who go their way rationally will also get through the current market phases without significant damage. What they need are patience and perseverance. 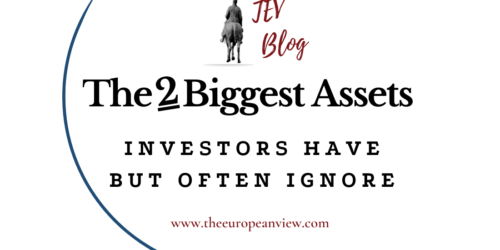