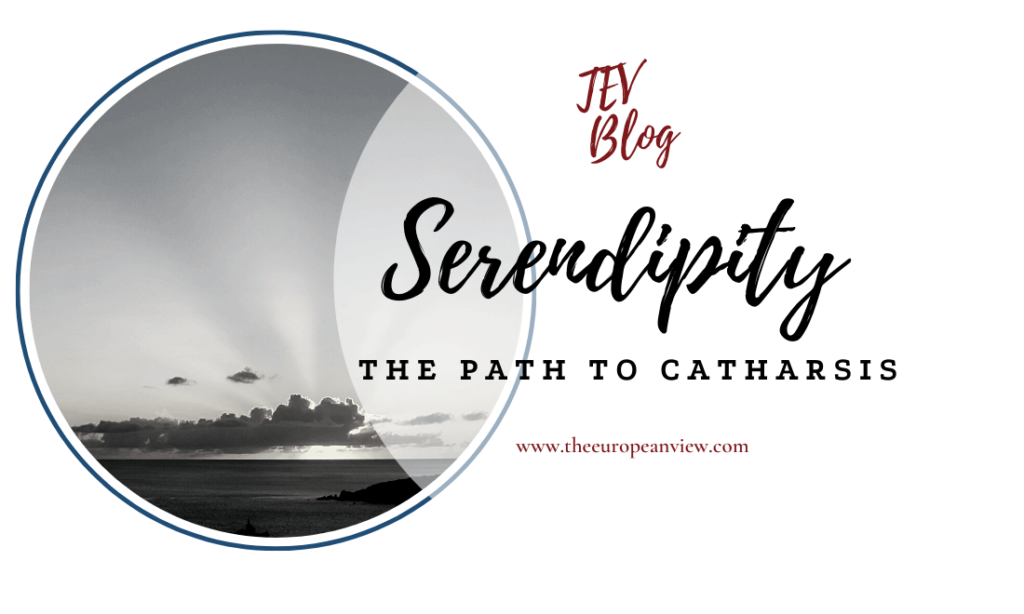 There are some phenomena or concepts that can change thinking forever. The concept of antifragility is one such example. The critical rationalism of Karl Popper is another model of thinking that has simplified my life enormously. In this article, I want to explore serendipity a bit more. Like critical rationalism, serendipity creates humility. And like antifragility, serendipity causes us to collapse less in the face of disruption and obstacles than we might assume based on the risk we take.

Serendipity describes the phenomenon that we owe great insights to coincidence rather than skill. An essential element of serendipity is that we have not actively searched for these insights. In fact, we have often searched for entirely different things and failed to do so. To cut it short: serendipity is looking for A, but finding B.

The consequences are pretty far-reaching and have a significant impact on our lives. We will look at them in more detail later on. In anticipation, however, the following results can be stated: Great things or insights can hardly be planned but arise from coincidence or a lucky finding. But please note that luck does not refer to causeless connections but from the coincidental occurrence of causalities. Second, serendipity is universally applicable in research, finance, and health. Third, accepting serendipity leads to a kind of catharsis, humility, and harmony in life.

What are examples of serendipity?

Other examples are the discoveries of penicillin and Viagra, superglue or cosmic background radiation, and X-rays. All these discoveries were made by accident. Researchers stumbled across them while searching for other things. And yet these discoveries have changed the lives of millions of people or, in turn, have themselves provided new insights. The discovery of penicillin even marked a turning point in modern medicine.

And just as the apple supposedly fell on Newton’s head and led to the discovery of gravity, the cocoon of a silkworm caterpillar fell into the teacup of the Chinese empress Si-Ling-Chi around 2640 BC.

How does serendipity work?

Serendipity had its hands in many discoveries. We have seen the individual examples above. Just as interesting are the individual mechanisms that work behind it. Here, concepts like luck, coincidence/randomness, and time appear at once. Likewise, there are some misunderstandings especially concerning the element of luck.

Serendipity does not mean that Columbus or any other explorer would have discovered the Americas the same way if he had been sitting in a tavern drinking beer.

But first of all, indeed, serendipity is strongly characterized by moments of coincidence/randomness and chance. Serendipity is always something we did not anticipate or intend and which happened unexpectedly. Look at the examples above. All the findings and discoveries came as a surprise and were not intended. So coincidence is an essential principle of serendipity.

The accidental nature of discoveries often leads to the assumption that the discovery itself was pure luck. But this is not true. Luck refers here not to causeless connections. Luck should be seen as a coincidental occurrence of causalities. The coincidental occurrence of causalities, therefore, still needs causes, because otherwise there is also no effect. Columbus had to go on a journey. Newton had to be open-minded. And the discovery of Viagra required research on the ingredient sildenafil.

So it is pretty simple. If you set as many causes as possible, you provoke randomness. Who invests in many stocks will eventually hit the ten-bagger. Whoever gets to know many people and goes through life with an open mind will probably have valuable contacts that bring advantages at the decisive moments. All this has nothing to do with luck, even if the individual outward causality gives the impression.

Conversely, it is also true that serendipity cannot unfold without setting causes. Someone who goes to a job interview unkempt and without an ironed shirt does not have to complain about a lack of luck.

Another important element for serendipity is time. Time is the soil that gives serendipity the nutrients to work. It often takes a long time for set causes to work. The importance of time is closely related to an idea that is also important in the context of antifragility. Time is an evolutionary element. It ensures that all fragile elements pass away with time and cannot prevail.

It is the same with causes. We cannot always make the right choices in life. In principle, it is better to say “yes” more often than “no”. But sometimes, when it comes to concrete scenarios, a “no” would have been the better choice after all. It’s just that we don’t know in advance which choices are better to choose and which are better not to choose.

Time will automatically ensure that the wrong decisions turn out to be the wrong ones. That is why it is so important not only to let time work but also to set as many promising causes as possible. We will see below how manifoldly these three elements of serendipity and their interferences affect our lives.

What are the consequences of serendipity for our lives?

Serendipity means that you can’t plan success for personal development or career. Instead, it’s about setting causes.

One example is learning and continuing education throughout a career. At the beginning of their studies, no one knows where their path will take them. And yet, with each additional degree and work experience, we raise the value of our performance on the job market. If the decisive job offer comes, many will see the cause in luck. But if job offer A had not come, it might have been job offer B. It is not the individual causality that is decisive, but the setting of the causes and the time that has passed.

One’s network can also benefit from serendipity if it contains many different individual heads of character. Nothing is worse than a mentally limited bubble in which all participants confirmed themselves the whole day.

What applies to personal development also applies in the area of finance. Success cannot be planned, and that’s why it’s good to put your capital on several pillars. We don’t know which stock will be the next Amazon, Apple, or Google.

When stock picking, we automatically make wrong decisions. And if we are unlucky, we make more wrong decisions than right ones. As a private investor, the probability of doing badly is quite high. Private investors achieved an average of 2.9 percent per year from 2001 to 2020. The performance is pathetic.

That’s why I like market-wide ETFs. They give investors a whole basket of companies that includes both the wrong and right choices. The idea is simple. As long as the economy grows over the long term, so will the value of companies. Accordingly, there will always be more right decisions than wrong ones. Investors can therefore profit from the growing prosperity in the world over the long term via market-wide ETFs.

Actually, health comes before finances and career. The reason why I nevertheless address the aspect last has dramaturgical reasons :). Health is an invaluable asset. Nevertheless, the human body is so complex that we cannot prevent diseases with specific actions. Anyone who says that certain diseases could have been prevented by action A or B is an idiot (except in the case of causalities that can be proven beyond doubt, such as infections).

The only thing we can do is to set causes. We can maintain a healthy lifestyle, consisting of good nutrition and plenty of exercises. Conversely, we should try to avoid setting causes for potentially destructive causalities as much as possible. But we can try as hard as we want. As seen above, we will automatically also set wrong choices and thus possible causes for bad causalities. We cannot prevent that. Furthermore and despite our faith in a healthy lifestyle, we can always succumb to the most incredible coincidence machine on earth, the cell division of our body. It is impossible to reduce our exposure to randomness to zero.

How serendipity teaches us humility and risk awareness

Serendipity teaches us humility and modesty. We can see this in several aspects. First, serendipity shows us that success is not controllable. We are rarely responsible for concrete achievements. In most cases, coincidence has given the decisive impetus.

Secondly, we are powerless in the face of the power of randomness. All we can do is set causes. An essential aspect of this humility is the acceptance of our fallibility. Our decisions can turn out to be wrong and harmful at any time. That’s why risk compliance is an important aspect of taking advantage of serendipity opportunities. When setting causes, we must consider the possible consequences and limit any risks. Risk compliance is the keyword here.

Conclusion: With the acceptance of serendipity comes catharsis

We have seen above that randomness is an essential principle of serendipity. Likewise, great discoveries are not pure luck, even though serendipity often gives that impression. I find the acceptance of serendipity as a governing factor in the quest for success incredibly liberating. Not every grain we put in the ground has to germinate. A setback is not a defeat. Chance and causal relationships are complex, and we rarely fully grasp them. What helps is a life of humble self-awareness and hard work. The rest will be decided by randomness.