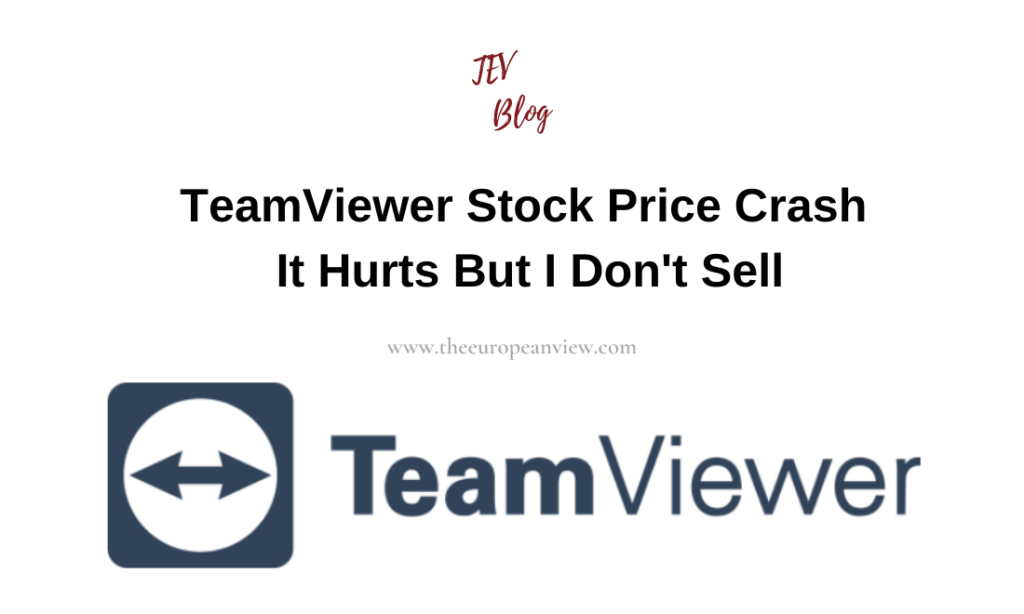 TeamViewer has completely lost its mojo lately. While the second quarter was already not that good, the company now fell completely short of its own forecasts. And so, the preliminary results for the third quarter pulled the plug on the TeamViewer stock, causing a share price crash of more than 50 percent. Now, of course, everything is under scrutiny, in the company itself and among investors! Some investors have asked me how I am reacting to the share price development. Time for a commentary.

In the third quarter of 2021, TeamViewer generated billings of around EUR 126 million. After all, this is more than in the second quarter. In addition, TeamViewer has the same growth momentum as in the same period of the previous year.

Nevertheless, the management had expected more. According to its own forecast for the current year, the company had envisaged growth of at least 20 percent. But then reality showed its ugly face. Businesses with large customers developed more slowly than expected. The addition of just 5,000 new customers was also an absolute disappointment.

TeamViewer has also adjusted its guidance for the coming years. The expected growth in billings is particularly affected. Here, the company has always assumed growth of more than 25 percent per year. Now it only expects high teens percentage growth.

The reasons for the poor performance

According to management, the main reasons for the poor performance were as follows:

Management was very honest with its reasoning for the poor numbers and didn’t really try to gloss over the numbers. Below you will find some excerpts from the transcript of the press conference. I have also dialed in and now, a few weeks later, I find the statements brutally honest – which I respect very much!

Yes, clearly very bad quarterly results which we published today, very disappointing. As you can imagine, not the least for us. We really had high ambitions and we were putting a lot of effort, after Q1 and Q2, into this third quarter to make sure that we deliver on our expectations and the guidance. So clearly, Stefan and I and the management team, we do regret that this didn’t work out. It shouldn’t be the case. And in that sense, quite a bad moment.

So basically, with the very bad results in Q3, this took away the chance to meet our full-year guidance.

We had expected much more. We had a very strong pipeline. Some of the deals didn’t came through, some came in smaller, some flipped to the next quarter.

Clearly, we know that some of you have been sceptical about our ambition level for the second half of the year for a while now. And I think, today, we have to concede that you were right. We have been too ambitious on a number of the factors. And it’s clear that we can’t compensate for this in the remainder of this year anymore, and hence the guidance change.

I think we have certainly been too bullish and too ambitious on some of them. We clearly now want to adopt a more cautious approach in our thinking and forecasting. This really is also a learning for us.

So the pipeline is there, but, to be honest, we’ve been overly optimistic on how we convert them. So clearly not happy with our sales productivity and we need to fix the issues because really, the billings growth in the business in the enterprise segment is attractive, but we have invested significantly more and we wanted to see the benefits of those investments in the third quarter.

We completely understand that today’s release confirms some of the sceptical viewpoints. Absolutely understandable. And as I said, we really regret that we haven’t met our communicated targets and that many of you will be more than annoyed today.

The above quotes are only a small excerpt. There are many more such statements in the transcript. Overall, it is a mixture of honesty, reflection, and a certain degree of perplexity or surprise that the big plans have not materialized.

My take on the numbers

I was also a bit stunned by the numbers. It is disappointing that TeamViewer clearly set the wrong expectations here. The share price had priced in a much better performance. Accordingly, the sharp correction of about 50 percent was also legitimate.

Where are the long-term investors during a crash?

However, I also have some difficulty understanding investors who are now ranting at the management and questioning everything. In the end, we are still dealing with a pioneering company. It’s not about virtual conferences or anything like that, but about connecting machines, about Industry 4.0, IoT, remote access, etc. From my point of view, it is completely normal that there will be setbacks and also disappointed expectations.

Personally, I can sleep very calmly even if my position is in the red. Honestly, I have also experienced such situations frequently and am perhaps hardened. I was massively in the red with Dialog Semiconductor. I was just as deeply in the red with Hugo Boss. With Tanger Factory. Simon Property. Bayer. The list is long. Hugo Boss and Simon Property are now almost back in the black. I sold Tanger at a handsome profit (excluding dividends). Bayer is still ailing but continues to pay a dividend.

And Dialog Semiconductor? Well, I sold them with a 20 percent loss because I thought that nothing will happen and the dependence on Apple is too high. If I had held the shares, I would have tripled my capital.

That’s why I’m staying calm here as well. TeamViewer is certainly worth less than it seemed a year ago. However, it remains a growth company in an interesting market and a valuation that is now more than favorable (adjusted PE ratio under 20). In this respect, I fully agree with the management:

And if we take these pillars together, the solution portfolio that we have invested in now, the partnerships which are attractive and promising, the enterprise weight, the Americas, the brand and the resilience in the core, we believe that the company is well-positioned, is valuable and can deliver high-teens billings growth at very attractive margins. This is not an excuse and not what we wanted to achieve, very clearly, but I think it’s still a company that, in many aspects, has attraction as an investment.

Keep an eye on the upcoming Capital Markets Day on November 10, 2021

On November 10, 2021, is Capital Markets Day. TeamViewer will announce further details on the growth prospects, in particular with regard to its software for data glasses. Accordingly, the date could be interesting. For the time being, I will probably wait before I purchase more shares. One or two quarters should pass in which I would like to see how the management reacts to the developments, which measures it takes and how they affect the business. 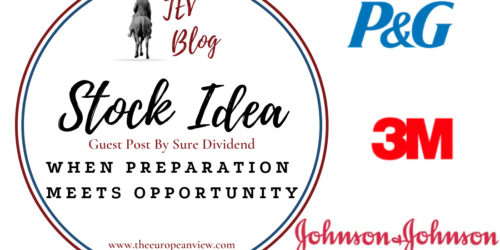 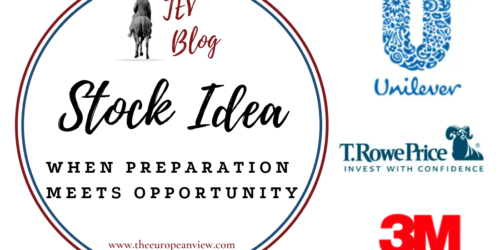 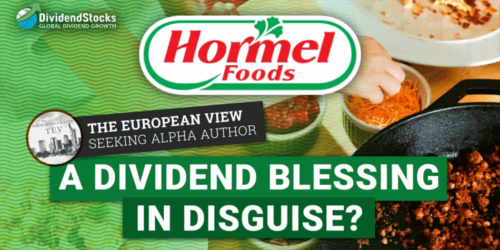 Quite honestly, the fact that the share price had been tanking (for seemingly no reason!) in the weeks before the announcement was enough to make me feel like something was amiss here. Management also reported numbers that were far enough at the low end of their predictions to make me wonder if they were being honest when they made those in the first place. Wouldn’t be as confident in management’s ability considering things like that, and of course the ManU deal, which makes very little sense for a B2B model, in my view.

I bought in at the mid-30s and had my stop loss at 25 – so I’m out for now (still hurt quite a bit, but sometimes you have to draw the line), but might be interested again if management is able to show some consistency! That would be key.

I agree with you. At the moment there is too much uncertainty for me to buy more shares. The management has to deliver on its (new) promises now. Even if I miss the bottom, I’m not going to throw good money after bad by buying too quickly. I will wait and see.

Have a great day and thanks for coming by!

Congrats for the stop loss. I started to buy this falling knife at around 23 and I am currently about 25% underwater with my TMV position.
The company is profitable, is not heavily indebted, but has awful management which is overpaid instead of being replaced.

One of the reason which made me buy it were the target prices set by professional sell side analysts which were around 45 EUR per share. But the same mister obvious analysts just slashed their target prices 3 times, to about 15 EUR per share, after the stock reached the 13-14 EUR range.

Some lessons to be learned for me:

thanks for the comment. I like it, especially your lesson points! Point 3 is precisely the problem with all these great companies and their lofty valuation.

However, I tend to disagree with your view on management. I heard the web conference, and the CEO Oliver Steil was very meek and aware of the poor performance. It was very different from the usual “it wasn’t all cool, but we did an excellent job and still rock” bs talk. The CFO will leave. Let’s see what it brings.

In the end, I bought TeamViewer because I saw the long-term investment story. If that materializes, I won’t care much about the current dip, even though it’s always nice to get in at lower prices but that its how it is.

Good luck with our investments 🙂

Alin
Reply to  The European View

Thank you and good luck to you too !
I consider the management bad because of their advertisement deal with F1 and Manchester United. Since TMV products are niche ones expect the remote desktop one, I don’t see soccer and F1 fans being their target audience.
Spending these amounts on targeted ads would have been much more productive and controllable, since they don’t have this multi year contractual binding.
But let’s see how it goes, time will tell.