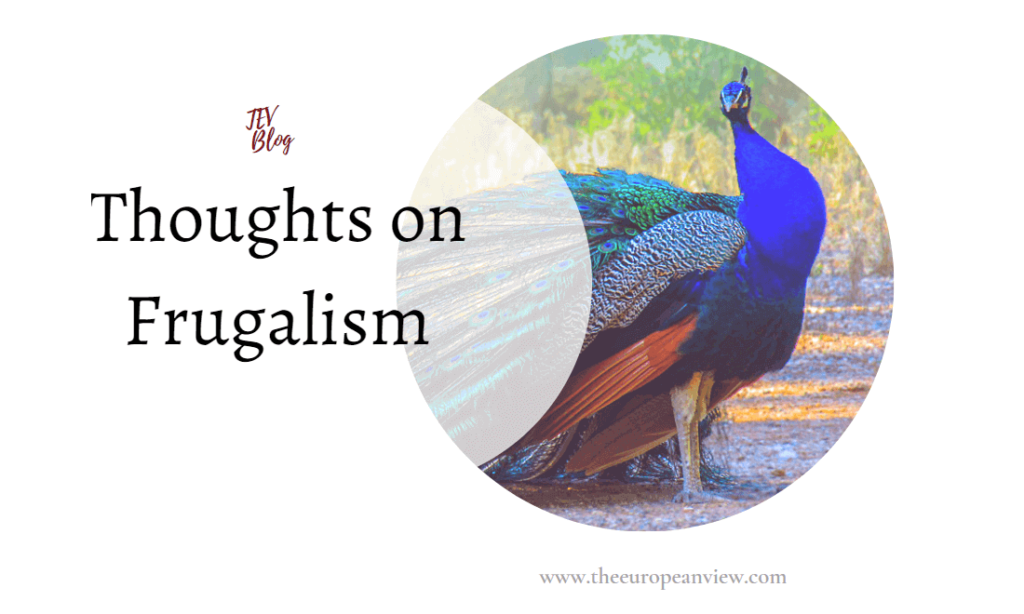 My wife and I had an excellent vacation in a small but luxurious hotel right on the sea. I used the long walks along the coast or the time at the pool to think, read and relax. During my stay, and sometimes somewhat tipsy (thanks to Mr. Lagavulin), I have summarized some thoughts. These thoughts were mainly about frugalism, hedonism, and antifragility. In this article, I share some of them on frugalism and why I think that frugalism is more a thing for the bullshit section.

I don’t live a frugal life

A lot of my life revolves around money and keeping and increasing the value of my assets. But I am not stingy, especially when it comes to experiences and memories. I like to spend money on things that enrich my life.

So would I consider myself a frugalista? Probably not. Frugalism is primarily a Netflix documentary-worthy concept of luxury, where the somewhat wealthy adorn themselves with modesty. Those who have nothing because they cannot afford anything are more likely to feel involuntarily poor than voluntarily frugal.

Just ask frugalistas if they consider themselves poor? The answer, of course, is no because being poor is perceived as unfavorable and as involuntary. Going the frugal path of life, however, is a voluntary lifestyle (of those who can afford it).

What I do is largely hedonistic

I don’t live a frugal life. What I do is largely hedonistic. I do what makes me happy. Frugalism, on the other hand, thinks in relatively clear categories of things that are good and things that are bad (everything that is expensive and luxurious).

Champaign is bad because what is the point of spending so much money on some alcohol-containing – and thus unhealthy – sparkling water? Why oysters when the crab salad is also tasty?  When frugalistas think, they are thus guided by materialistic considerations, not hedonistic ones.

Don’t get me wrong. I don’t mind a frugal lifestyle either. I would call a lot of what I do frugal without making a big fuss about it (plus, I don’t want to fall into the frugal lifestyle category for the reasons set out below).  I’m simply hedonistic, and that includes enjoying luxuries, as long as I know I’m spending less than I’m bringing in each month.

What bothers me is the frugalista’s attitude. Some people literally justify the smallest luxurious element in their lives to not look like a consumer clown in front of their bubble. On the other hand, they emphasize the outdoor camping trip with the family all the more.

And here is precisely the problem: it is voluntary modesty.

As soon as frugalistas reach the limits of their comfort zone, they switch up a gear (because they can). So it’s not a sacrifice.

It’s like me on the third day at the morning buffet. I passed on the scrambled eggs because I could. I wanted to give my body some rest from all the excess.

I could have just as easily checked out of the luxury hotel for one night and stayed in a low-budget hostel in another city. Then I could have said how much money this move would have saved me and what stocks I could have bought with it.

To say no in a world of excess is luxury, and we should name it for what it is. Frugalism is luxury.

Frugalistas have no skin in the game

So, back to the buffet.  It is easy to say no because I have no real skin in the game. I voluntarily give up a luxury that I could access at any time. My comfort zone is, therefore, hardly affected. I don’t take any risks.

Quite the opposite is true. I even benefit from pretending to make a sacrifice. It possibly boosts my ego, and I can make a profound tweet about the importance of the little things.

Involuntary poor people do not have this opportunity. They have skin in the game, and they have to make sacrifices that affect their comfort zone. They simply cannot afford the luxury of saying no, because “no” is part of their general life.

For involuntary poor people, luxury is to say yes. This is a fact that many frugalistas never understand with their nicely meant advice (“don’t drink so much Starbucks coffee and invest that money in Starbucks stocks”).

I like a sustainable lifestyle. We should all be aware of abundance and excess. I care about my carbon footprint and my responsibility for the next 100+ years. And there is no “but” here.

Frugalism, however, has nothing to do with all these aspects. Frugalism is a self-centered lifestyle that mainly focuses on saving money for the sake of saving money. Frugalistas want to leave the corporate world (but probably remain invested in the corporate world) and live a life without dependencies and responsibilities except for oneself and possibly the family.

Although frugalistas may be contributing to a greener world because of their “modest” lifestyle, that is only a byproduct. At its core, though, it remains materialist thinking, in which the frugalistas opt-out of capitalism while continuing to profit from capitalism by means of their investments.

It’s part of the self-referential self-promotion industry. Why else do people share their virtuous frugal behaviors on blogs, forums, and tweets? To lead other people into the light of knowledge? Yes, maybe… but why do I see so many banner ads on these pages? I will leave it with that question mark.

Furthermore, frugalism implies room to save money. It is a concept for people who already have more than is necessary for their basic needs and therefore voluntarily forgo excess that they could afford at any time. So it’s just a means of self-fulfillment and self-expression for people who are privileged anyway.

And that is what makes it hypocrisy.